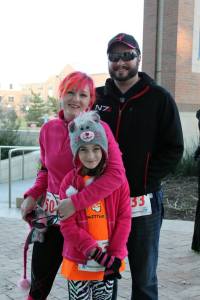 I was hoping to have updates on recipe writing and trail running adventures, but I have spent most of 2014 knocked utterly flat by the flu. I haven’t been this sick in nearly 20 years.

My goals and my training plan have been temporarily put on hold while I recover, which is a bit frustrating. I have a half marathon in 6 weeks and I haven’t been able to run since the Jiggle Butt 5K (I got sick that day). However, we had an absolute blast there and I even got [rather blurry] photographic evidence that my sweet husband will run if asked by his girls: 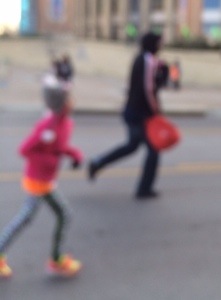 Hopefully next week’s update will be a bit more lively. In the meantime, cuddling with Ginger, watching Netflix and hunting for sewing projects on Pinterest are keeping me sane-ish. Take care of yourselves and if you haven’t gotten one already, go get a flu shot.

3 thoughts on “Knocked flat by the flu”